The main goal of data visualization and infographics is its ability to visualize data, communicating information clearly and on very effective way. In this article we will present you some spectacular data visualizations and infographics made by Paul Butt known as Section Design. Paul is a graphic designer based in the south east of England. He graduated in Graphic Design at Cambridge School of Art in 2009. He has three years experience working for a small web development company and he is currently freelancing and working on his own personal projects under the name of Section Design. Please enjoy in his effective presentation of informations and don’t forget to visit visit his web site and blog.

This infographic was commissioned by Courrier Japon Magazine in Tokyo and based on the article “The iPad Changes Everything” originally published by Fortune Magazine. It illustrates the introduction of the iPad and how many devices in different markets are now finding themselves in direction competion to the poewr of the iPad and the Apps Store. All data was researched by himself, and the graphic was later split onto two pages to better fit the flow of the article. 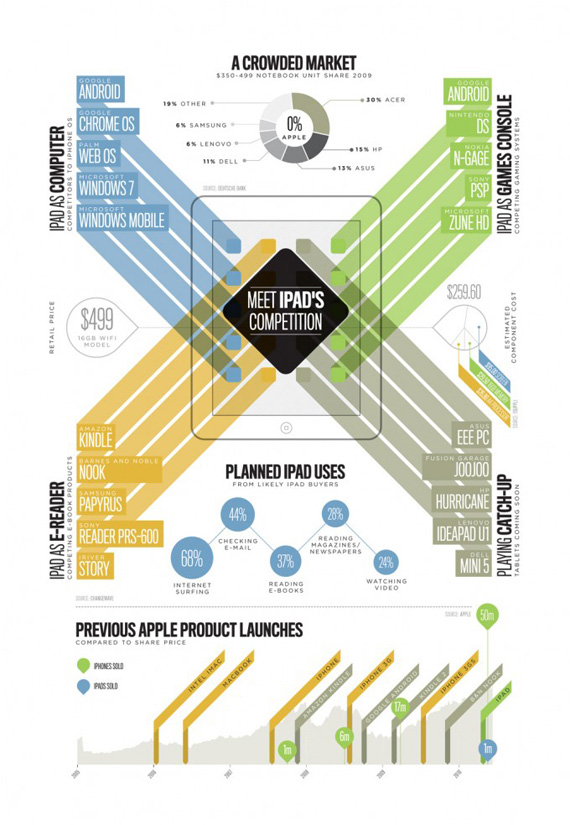 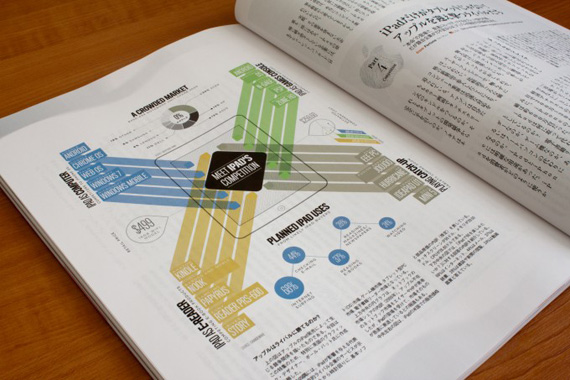 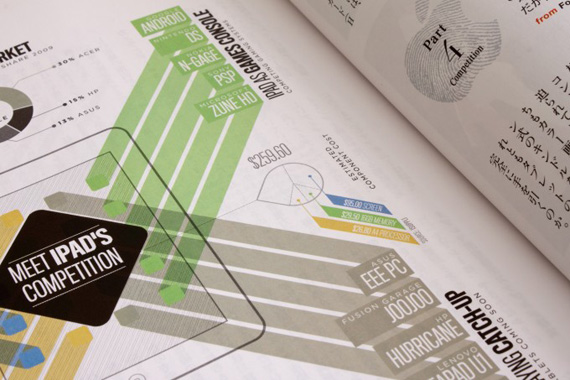 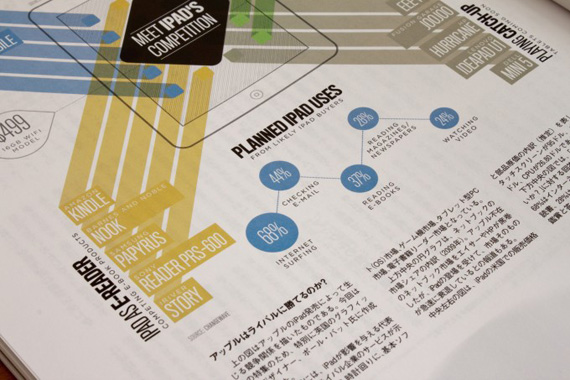 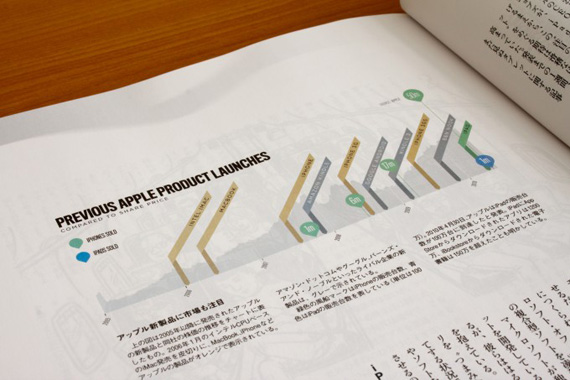 This infographic plots the forthcoming World Cup as predicted by a formula based on the GDP of each country. The mathematical model was created by Simon Kuper and Stefan Szymanski. This was published in Wired UK, June 2010 issue. 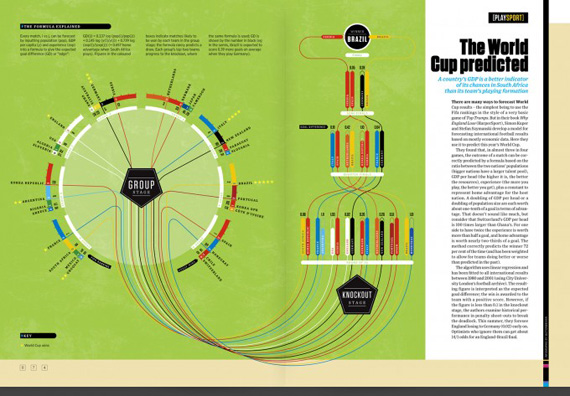 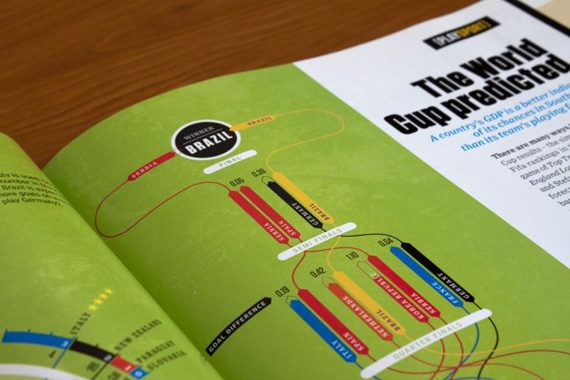 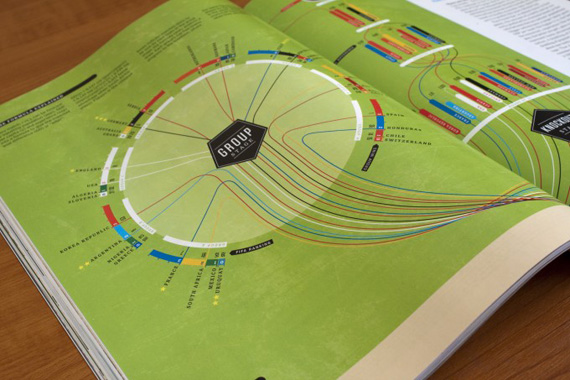 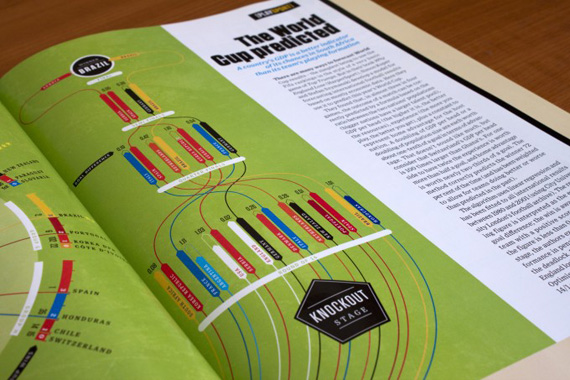 A new edition of his Digital Nostalgia work commissioned for Wired Italy. All the information from the previous project was updated with most parts requiring a complete redesign to fit into a magazine format. He was given full control over layout and typography and Wired gave him use of metallic inks and thicker paper just for his section. This was published in Wired Italy, March 2010 issue. 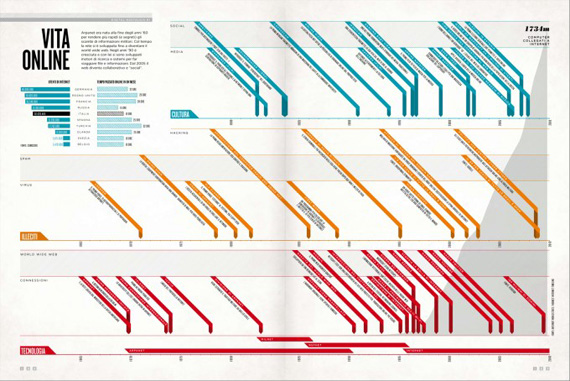 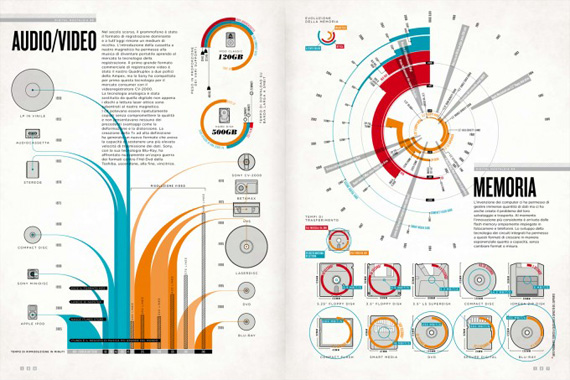 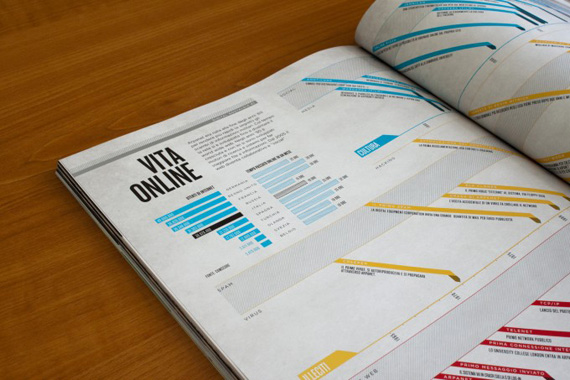 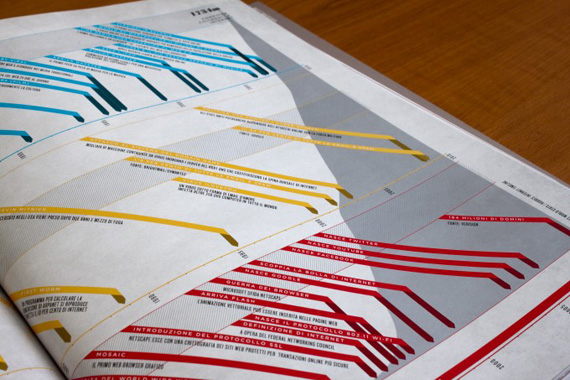 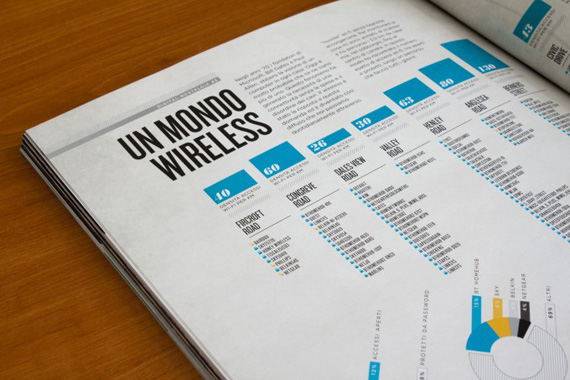 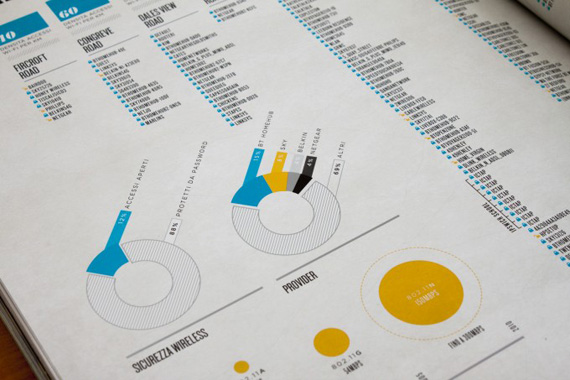 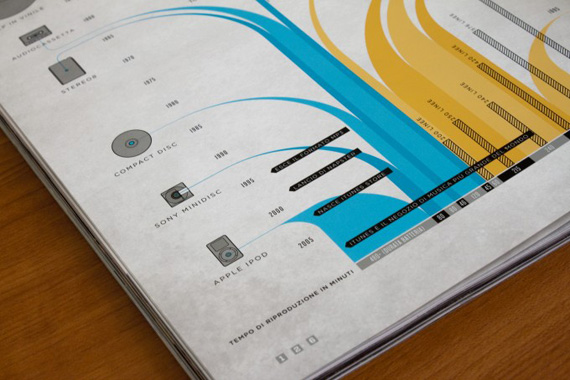 A new version of one of his Digital Nostalgia posters with some new information and fitted into a magazine format. This spread shows the major milestones of mobile phones, not just in technology, but in social importance. They range from the very first commercial model to the beginnings of mainstream consumer adoption and on to the best selling models of their generation. Published in Wired UK, February 2010 issue. 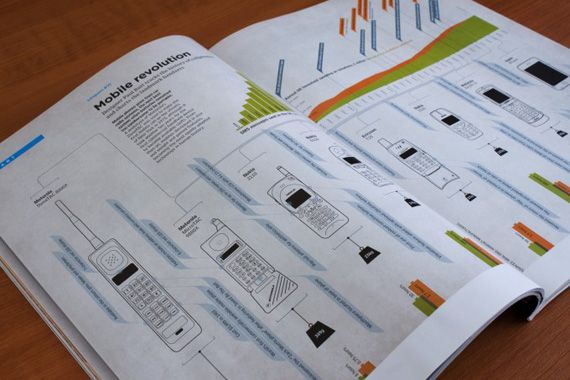 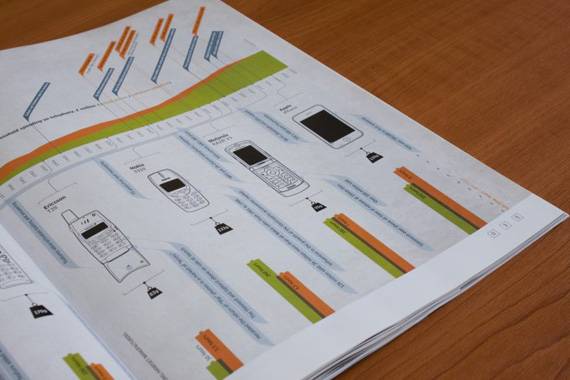 By The Design Buzz

View all articles by The Design Buzz